This article aims to discuss implications prompted by the transfer of administrative affairs in the field of marine and fisheries following the enactment of Law 23 of 2014 on Regional Governance. The locus of this study lies in the West Java Province Marine and Fisheries Office and the Indramayu Regency Fisheries and Marine Office. The policy implications were analyzed based on three aspects, namely human resource, organization, and finance. In both offices there was an issue concerning the lack of human resource capacity to support the authority they applied. The number of provincial office personnel did not support the expansion of the office’s given authority. Meanwhile, the potential of regionally generated revenue through activities such as laboratory testing and export certification for processed fish products had been dropped since such authority had been transferred to the central government. The process of transferring regional/ municipal assets to the province had also left behind remaining issues due to indeterminate status of lands in the regency. Based on the description of the matter, the coordination process between the regional and central government seemed very poor in the implementation of this law. The process of fiscal independency also became threatened due to regulatory format weakening the regions to increase their regional revenue contributions.

This work is licensed under a Creative Commons Attribution-ShareAlike 4.0 International License. 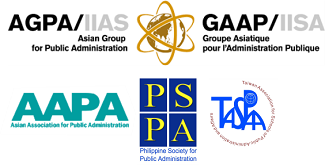